Garib Das Ji Maharaj has given a vivid description of the word Kafir. He has described in detail about who is kafir.

The following speech describes the attributes of a Kafir 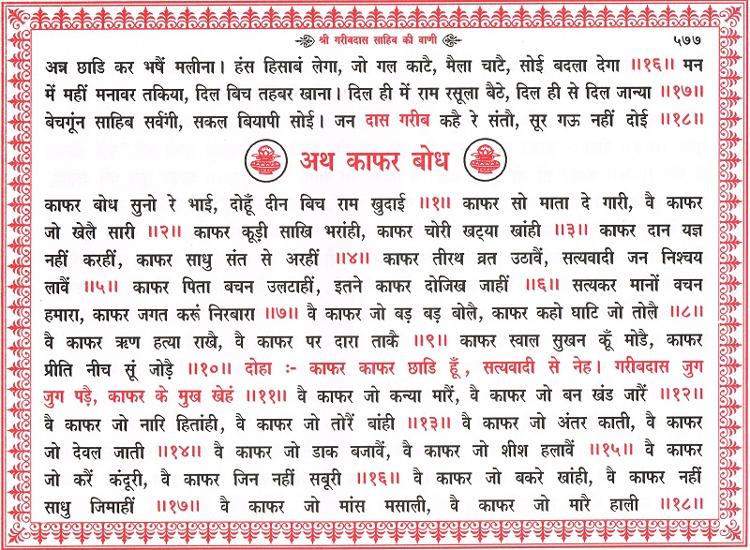