What does Bhagavad Gita say about Origin of the Universe

However God in Bhagavad Gita mentions that one will need to find a ‘Tatvadarshi Saint‘ for more information. Gita also says that detailed knowledge about various unknown concepts can be found in the speech uttered by the Supreme God himself. Readers can thus find detailed information about the origin of universe in speech said by God Kavir (Kavim / Kabir).

Origin of the Universe According to Bhagavad Gita | Chapter 14 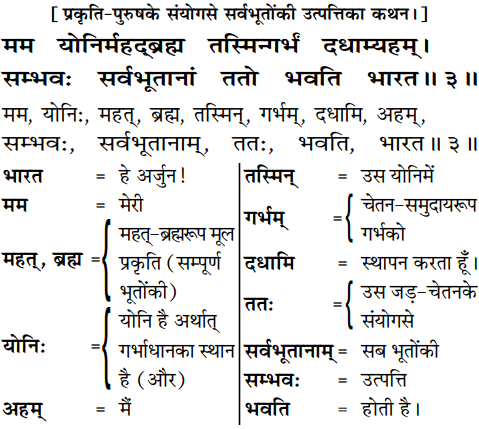 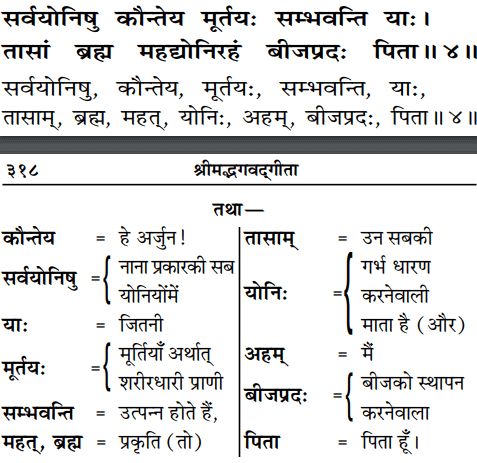 Translation: Oh Arjun! Whatever embodied beings are born in all the wombs, the Primeval Prakriti is their mother who conceives them and I, Brahm-Kaal, am the seed-giving father. 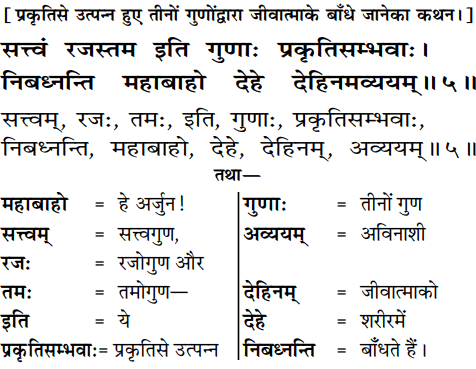 Translation: With the roots above in the form of Supreme God (Aadi Purush Parmeshwar) and the branches below in the form of the three gunas i.e. Rajgun-Brahma, Satgun-Vishnu and Tamgun-Shiv, it is an imperishable, extensive Banyan tree, whose divisions, small-small parts, just as there are verses in Vedas, are said to be twigs and leaves. One, who knows that tree of world in detail, is completely knowledgeable i.e. is Tatvadarshi.

Meaning: In Bhagavad Gita Chapter 4 Verse 34, it is stated that Arjun, go to the Tatvadarshi saints, who know the Tatvagyan of Supreme God and obtain the path of bhakti of Supreme God with humility; I do not know the path for attaining that Supreme God.

In this very Bhagavad Gita Chapter 15 Verse 3 also, Kaal has mentioned that I will not be able to tell the extent of this world-like tree i.e. creation, in this discussion here i.e. in this knowledge of Gita because I do not know about its beginning and end (to the extent it is spread i.e. description of all the multiverses).

Regarding a Tatvadarshi saint, Kaal has explained in this Bhagavad Gita Chapter 15 Verse 1 what the identity of that Tatvadarshi saint would be. He who will give a complete description of the tree of world, that the base or the root is Supreme God, trunk is Akshar Purush i.e ParBrahm, a big branch is Brahm i.e. Kshar Purush and smaller branches are the three gunas (Rajgun-Brahma, Satgun-Vishnu and Tamgun-Shiva) and the leaves are this world i.e. he will give a detailed description of all the universes; he will be a Tatvadarshi Saint. Translation: That tree’s three gunas–(Rajgun-Brahma, Satgun-Vishnu, Tamgun-Shiv) – like defects (lust, anger, attachment, greed, arrogance) in the form of shoots and branches – Brahma, Vishnu and Shiv, extended below and above, are the root cause of binding the soul to actions, and in the world of men – Heaven, Hell and Earth, have been arranged below – in hell, 84 lakh births and above in heaven etc. Translation: Neither does this creation have a beginning, nor an end, nor is such a form perceived, and here in this discussion i.e. in the knowledge of Gita being imparted by me, even I do not have full information because even I do not adequately know the state of the creation of all the multiverses. With this determined weapon of unsmeared Tatvagyan i.e. pure Tatvagyan which has a strong form and a permanent state, cutting down i.e. considering the bhakti of Niranjan to be short-lived. (contd.) Translation: {When one finds the Tatvadarshi saint mentioned in Bhagavad Gita Chapter 4 Verse 34 & Bhagavad Gita Chapter 15 Verse 1} after that one should properly search for the supreme place i.e. Satlok of that Supreme God. Having gone where, devotees do not return to the world, and the Param Akshar Brahm (Supreme God), from whom the ancient creation–nature has originated. I also am in the refuge of that Eternal Supreme God. One should only do worship of that Supreme God with full determination. 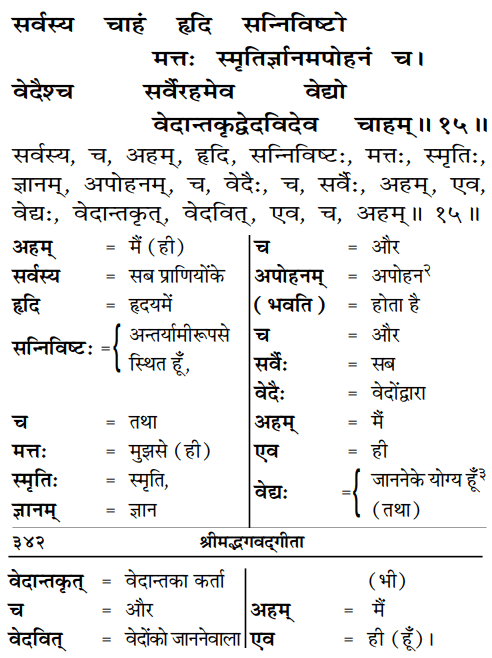 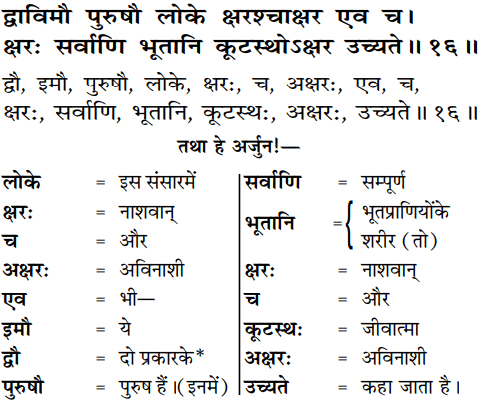 Translation: In this world, there are two types of Gods, Perishable and Imperishable. Likewise, in these two loks, the bodies of all the living beings are said to be perishable and the soul, imperishable. 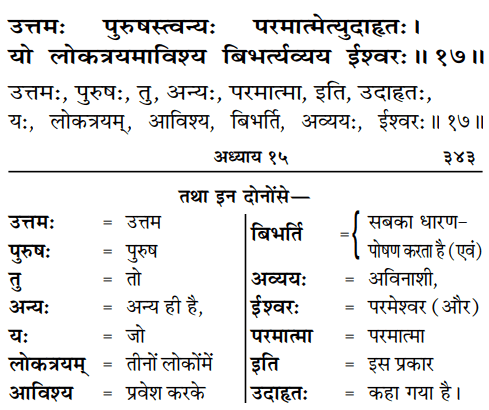 Translation: The Supreme God is, however, someone else other than the two aforesaid Gods, Kshar Purush and Akshar Purush, who by entering the three loks, sustains everyone and is called as the Eternal Parmeshwar Parmatma (Immortal Supreme God).

<< Go back to the previous page